When Disability Discrimination Claims are Deserved 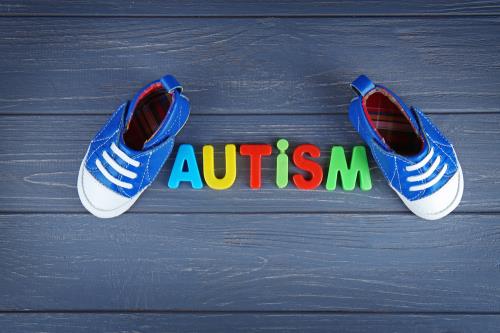 Autism is a specified disability under the 2010 Equalities Act.  That fact shouldn’t come as a surprise. But judging from the high level of exclusions, frequently illegal, that are squeezed in against autistic students, it really does seem as though some heads and Governing bodies are in the dark when it comes to recognizing their responsibilities towards this vulnerable sector of their school community.

In some cases, as sad as it is to say, the situation is worse.  School managers are willfully acting against the interest of their students, and against the law. They are excluding students with autism because, frankly, they are too stretched, or ignorant, or lazy to abide by their moral and legal duties of care.  It is a problem which seems even more profound in the independent sector.

As a former teacher, a head and an inspector, I remain a huge fan of the work schools do.  However, through a convoluted series of events, I have recently become exposed to the truth about the problems too many autistic students face in order to receive the education they deserve, and to which they have a moral and legal right.  This is not to say that I do not write from a position of enormous empathy with teachers working in mainstream schools (and other settings, of course).  The only time I was ever physically assaulted during my career it was by a boy suffering from Asperger’s Syndrome.  Of course, back then, we knew even less about this subject than we do now, and it is a fair conclusion to say that when the boy lashed out, it was the result of a much bigger anxiety that was being triggered from below the surface.

Every Case of Autism is Different

It is a bit of a catch all term, autism.  Although behaviour traits can be similar, each person’s autism is different. It is an illness which can make life intolerable. Autism is a neuro developmental condition which affects the way young people view the world, how they communicate and understand communications, and how they perceive the actions of others.

Many young people with autism live with almost continuous anxiety.  Imagine that, the awful tightness in the pit of the stomach, the shortness of breath, the dull ache from which we all occasionally suffer is not just there on rare occasions, but all of the time.  These young people are constantly confused by the behaviour of their peers, who seem to establish friendships, have such confidence, deal with new and complex situations so readily.

The condition is frequently explained to the uninitiated through the use of a diagram of an iceberg.  On the surface are the behaviours we see; the difficulty communicating, making eye-contact or, most alarmingly the lashing out against others or, far more frequently, the sufferer themselves.  But below the surface lay the extensive triggers and anxieties that cause the reactions we witness.

Autism was seen for a long time as a condition mostly affecting boys.  We know now that this is not the case.  That girls suffer as well, probably in similar numbers.  Generally, though, girls cope better with social situations than boys.  Thus, their autism is hidden, often for years.  Frequently forever.  How many self-harming girls out there are displaying the behaviours produced by their autism, but unrecognized as such?  How many unhappy women, for whom relationships, careers, lives seemed never to work out, in fact, are autistic? It is just that they never knew, and probably now never will.

In education, it is quite common for girls to head right through their schooling without being diagnosed.  Put down as quiet, as socially awkward, as off-beat these youngsters are in fact suffering from a serious neurodevelopmental condition.  Sometimes, moving to secondary school can provide such stress that there is a silver lining, and the condition is identified.  For others, the break down of structure that typifies sixth form or college life can be the trigger towards diagnosis.  But, that process of finding out the truth is exceptionally traumatic, for all.  Usually, it takes a crisis to trigger action.

The Impact of Autism Spreads Wide

Clearly, the person who suffers most from the consequences of autism is the victim themselves.  Heads who exclude students because of their autism, knowing that parents will either not have the wherewithal, or the energy, to fight this act of appalling discrimination, should remember that.  Should spend a minute considering the worst moment of their lives, then imagining it played out continuously.  They might then be a little more understanding.  Any Governor whoever, under any circumstances, backs up the exclusion of a student who has been kicked out – there is no other term for it – because of their autism is not fit to hold the post.

But what about parents?  Support is there, but how hard is it to find?  Most agree that CAMHS is a superb organization, staffed by dedicated professionals.  But it is frighteningly under-resourced, with waiting times of months for appointments.  And then, because of the conditions affecting those who use the service, take-up is inconsistent.  At the end of the process, there are no magic answers, just recommendations which schools should, but do not always, take into account.

Charity services are hugely proactive – the autism society, childlaw.com, SENDIAS and its cousins, and many others small and large, but always dedicated.  Yet again they are terribly under-resourced.  It is rare for politicians to make it their priority.  There are few votes in helping children with autism.  The condition is not physically obvious; it kills, but not directly. (The rate of suicide among sufferers from autism is high).  Maybe the current trend for discussing one’s mental health publicly will help, but autism is not, according to experts, a mental health condition, although some of its symptoms are similar to that illness.  The public knows little about it, unless they are affected themselves, or as parents, and then they are too busy supporting their child to make a lot of fuss.

Schools have duties when it comes to supporting students with autism.  Most meet these responsibilities, but as we said at the outset, the poorest heads of the poorest schools do not.  They exclude, seeking to pass the problem elsewhere.  Of course, the victim they are neglecting is a vulnerable young person. Working with autistic youngsters can present a challenge. But where schools place the individual at the centre of their education plan, rather than adopt a crude one size fits all approach, who train their staff in the condition,  who ensure that their schools are properly organized, and changes are flagged up clearly and in advance and who make the legally required ‘reasonable adjustments’ to their provision and their policies find coping easier than most.  More importantly, so do their autistic students.

I am not suggesting that the problems associated with autism dissolve away in such circumstances, but the fog may lift a little, and everybody can see more clearly where it is they wish to head.