The Unintentional Damage Caused to Teachers by the Media 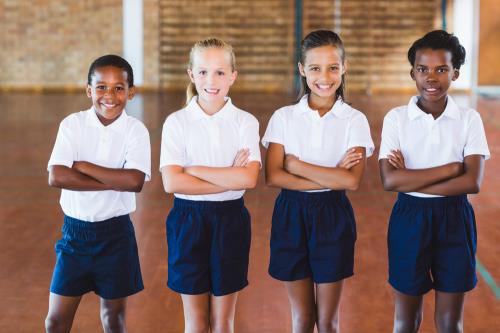 What to listen to on the commute to work?  In the days when I was still making the daily journey, I found that my mind couldn’t really cope with music so early in the morning (and wouldn’t until after two coffees at least), Radio Four made me feel intelligent but could be a tad boring.  So, I settled on Five Live, and Nicky Campbell’s breakfast show.

It’s really good, and I strongly recommend it.  Today my early morning commute is to take the kids to their school, so I have to grin and bear early morning music (actually, their taste is pretty good) but I still switch to Nicky and his partner, Rachel Burden, on the way home.

The two share excellent chemistry; their journalism is tough enough and the stories interesting.  At the moment, the Government are still prepared to talk to this part of the BBC, so there is the weekly comedy show of hearing Michael Gove seek to avoid answering a question.

A Story of Hair

But recently I thought Nicky and Rachel got it very wrong.  They were interviewing Ruby Williams, a highly articulate, intelligently spoken teen who had just won £8500 off her former school.

This story isn’t really about Ruby, so we will pass briefly over her tale.  Ruby has an Afro hairstyle.  Her school objected, and in the end, sent her home.  The style, they claimed, breached school rules.  The school settled out of court, but Ruby’s claim was that their policy was vague (‘afro style hair must be of a reasonable size and length’ is a statement which is undeniably ambiguous) and racist.  She argued, persuasively, that the natural style of her hair was not being allowed, and that was discriminatory.

A Lazy Caricature of Schools

She may well be right.  But that is not the problem here.  On Radio Five Nicky Campbell and his partner clearly sympathised with Ruby.  That too is fair enough.  But in doing so they implied her former school (she is now studying for her A levels elsewhere) was some kind of twenty-first century Dotheboys Hall, staffed by anachronistic figures who saw their job as putting down the kids.  ‘We Don’t Need No Education,’ played silently in the background.

According to the presenters, these frightening Miss Trunchballs patrolled corridors thrusting offending kids into detention, while the occasional Miss Honey whispered cowed support to the poor, persecuted waifs.

The teachers, they suggested implicitly, were behind this draconian uniform policy.  Teachers being a body of Victorian men and women in stiff collars and stiffer outlooks.  That kind of attitude really does not help teachers, schools or, ultimately, students.  We can argue that Dickens had a case – if punishment ledgers provide any kind of historical evidence, Victorian schools could be savage places.  We can live with Roald Dahl.  He is clearly, prejudicially, on the side of the kids.  Knowing that we can take his characters and enjoy them for what they are – beautifully constructed caricatures with merely the tiniest reflection of even the most sadistic teacher of current times.

But when influential radio presenters perpetuate the myth that school is a war between oppressed students and malicious, sarcastic and snide teachers a falsehood is furthered.  It is a falsehood that feeds those seeking to damage the reputation of teachers and schools.

Mr Campbell, though, did raise a good point.  He asked, on several occasions, for his listeners’ views on school uniform policy.  This is an issue with which for many years I struggled.  On the one hand, the natural sense of liberalism that I suspect is shared by many teachers (note that, Five Live presenters) meant that I found the idea of insisting on rules regarding hairstyle, sock colour and skirt length unpalatable.

Teachers MUST be Able to Carry Through Decisions

But, when I took on a badly failing school, with heavy levels of underground misbehaviour, underachievement and lack of confidence in the school, uniform became an easy starting point to re-establish discipline.  To be honest, I would prefer students to present a challenge over whether their shoes were lace-ups or slip ons rather than whether they graffiti in the toilets.

As a school, we set what many (including, on the evidence of the ‘Hairgate’ interview, certain radio presenters) would see as quite repressive expectations.  We demanded a commitment to school, to enter assembly in silence, participation in sport and art.  We expected our students to give up some after school time to attend clubs.  And, yes, we expected them to arrive on time and look smart, both in school and on the way to and from it.

It worked for everybody’s benefit in the end, but in order to arrive there, we had to get parents and students onside.  To be fair, we would not have achieved this had we not been able to insist on certain elements of our policy.  Of course, school policy should never discriminate, but Mr Campbell and his fellow presenters should consider that when they present ‘teachers’ (as though we can, as a body, dictate uniform, at least until we reach a very senior position in a school) as relics from a colonial past they are really doing nobody any good.

I have a couple of kids, and their views on uniform do, I believe, reflect that of many, many students in the country.  They do not particularly like wearing their uniform.  It is a little uncomfortable and fairly impractical.  But they would not be without it.

The worst days of any half term are the ‘mufti’, or non-uniform days.  What to wear?  Will school determine this top too short? What will peers say if my top is too long?  Too baggy?  What will friends think?  The ‘in-crowd’ sneer?  ‘I need to wear something like them but different…’  Every mufti day eve inevitably ends in the banged door and genuine distress which have been building through the week.

Uniform might take away individuality, but it saves an enormous amount of mental anguish.  Indeed, Ruby Williams recognises this.  Schools need ‘better guidelines on their uniform policy so that people can’t be discriminated against when they’re walking into school,’ she told Radio One.  She is clearly a calm and even-handed person.

As said earlier, she is also highly articulate and clearly confident enough to carry through her objections to school policy and make her point loudly and clearly to a national audience.  Not every child has that confidence.  That does not make their view less worthwhile.  The national media have a duty to recognise this and take care of the tone they use when dealing with stories.  A lot of harm can be done, even if that damage is inadvertent.

Do you have an idea, view, opinion or suggestion which would interest others in the education sector?

Are you a writer? Would you like to write and have your article published on The Educator?

If you are connected with the education sector or would like to express your views, opinion on something required policymakers’ attention, please feel free to send your contents to editorial@theeducator.com