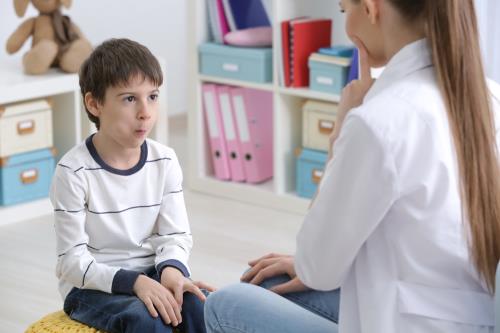 Behaviour is a massive issue for schools. There are some schools where the behaviour of pupils is consistently good or even outstanding. However, for the majority of schools dealing with serious incidents of misbehaviour or handling low-level disruption in the classroom is a daily struggle. A school’s behaviour policy – and how it is implemented – really sets the tone and the culture of the school.

Recently, there have been concerns raised about the number of fixed-term exclusions that pupils have been given up and down the country. A link has even been made between the high number of exclusions and the increase in knife crime. Furthermore, schools that routinely place students in ‘isolation’ during the school day have been criticised. The approach has been under the spotlight and seriously questioned.

Certainly, the question needs to be asked: Are schools putting pupils’ needs first when dealing with behaviour issues?

If schools are not, inevitably it leads to trouble.

Who benefits from fixed-term exclusions?

Who really benefits from exclusions? Is it the pupils? Do they come back to the classroom rehabilitated and refreshed? Have they ‘learned their lesson’ and morphed into reformed characters and model students?

Well, no, that isn’t normally what happens. Often, once a student has been excluded it simply starts a cycle of further exclusions. Repeat offenders are common. So, it’s questionable whether the pupil who has been excluded benefits at all. Instead, their learning is disrupted further still, and they find it even harder to cope when they are back in the classroom.

There’s an argument to say that fixed-term exclusions meet the needs of adults more than pupils. They allow the SLT of a school to show teachers and parents that it is being decisive and tough on behaviour. You could say that an exclusion offers teachers some respite. But, unless behaviour is seen to be improving over time, it’s difficult to say that fixed-term exclusions are doing any good.

Schools should be putting the child first

When it comes to behaviour, schools should be putting the needs of the pupils first. Fixed-term exclusions can be effective but only if a pupil is rehabilitated in some way and if careful thought is given about how the student should reintegrated back into lessons. Similarly, isolating pupils in school could have some value – but only if the time is used to support the pupil. Too often, students who are isolated are provided with insufficient or inappropriate work and learning suffers.

Removing problematic pupils from lessons looks like a win-win situation. The rest of the students are not having their learning disrupted any more, teachers can teach again, and parents get the impression that the school is tough on behaviour. But, do the strategies and sanctions that a school uses really do any good?

If behaviour as a whole doesn’t seem to be improving, then the behaviour policy of the school cannot be working. And, if that’s the case, it could well be because the steps that the school takes aren’t really putting the needs of the pupils first.